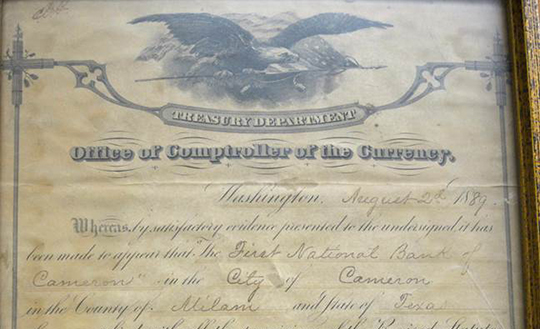 First National Bank was one of the first banks in the state to be granted a National Charter (Monty Humble, "A History of Banks in Cameron". The Texas Historian, September 1970, p. 8). 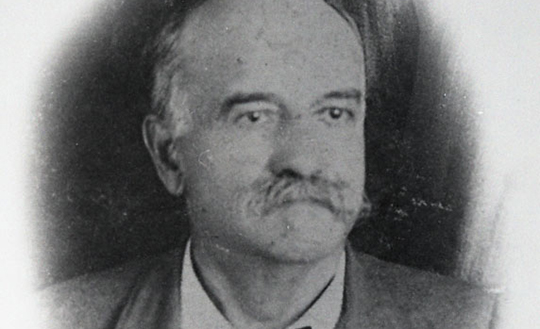 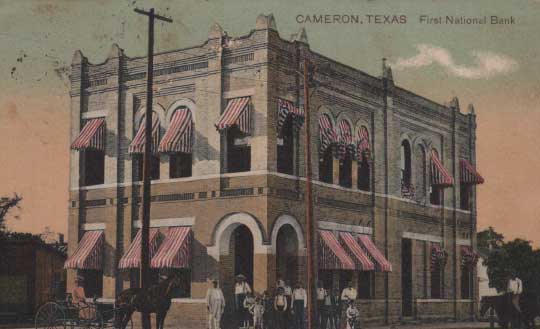 After its first year of business, The First National Bank of Cameron conducted business in a two story brick building at the corner of First and Houston Streets where the present building now stands (Humble, p. 8). 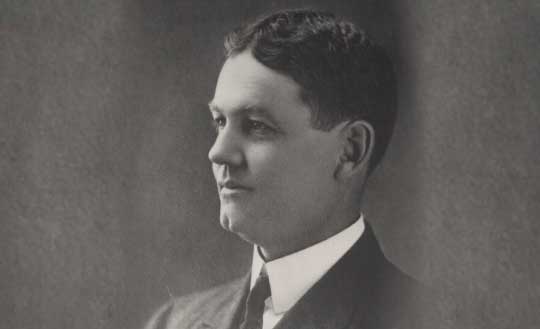 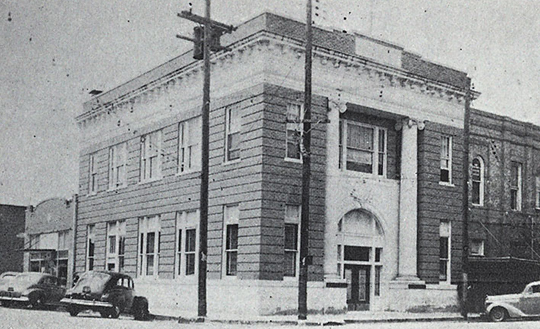 The new $75,000 home of the First National Bank of Cameron was modern in every particular as well as fire proof. The inside of the bank held a vault purchased for $4000 from the Mosler Safe Company in Hamilton, Ohio. The door weighed 22,000 pounds and was 11 1/2 inches thick. Its steel and cement walls were 22 inches thick and lined with half-inch sheets of manganese steel. This vault is still in use today. 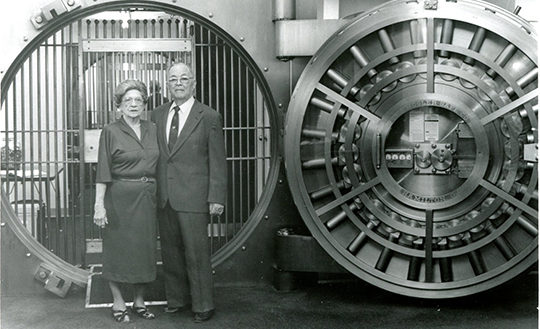 Lester and Beatrice Williams pictured in front of the bank vault (purchased from Mosler Safe Company of Hamilton, Ohio) that was installed in 1921. 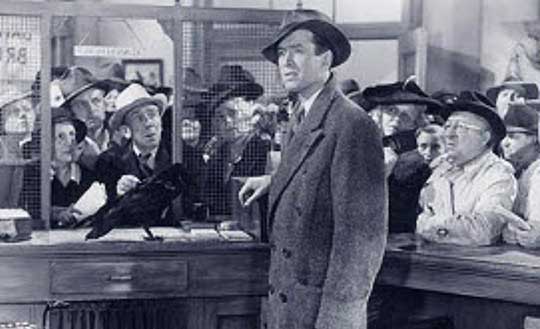 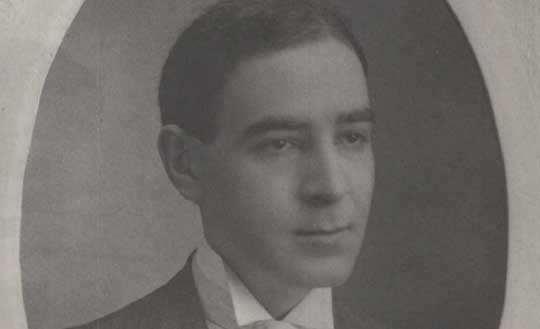 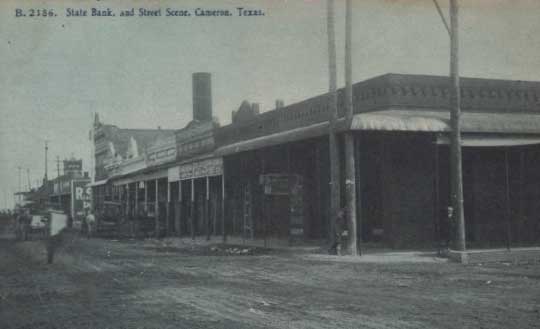 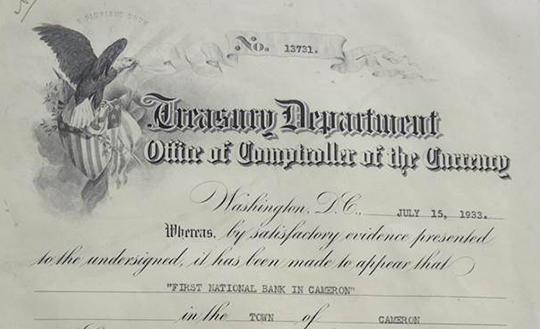 After the new Banking Acts were passed in 1932 by the federal government, The First National Bank of Cameron recapitalized and applied for a new bank charter. The Bank Board of Directors, officers and staff all remained the same. Bank operations continued in the same building, for the same customers. Effectively when the Bank Holiday declared by President Roosevelt, to access the health of the country's bank was over, First National Bank in Cameron remained open for business. 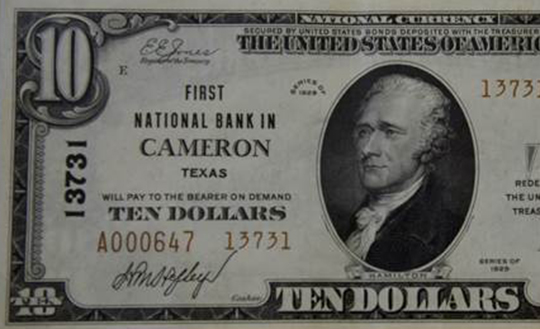 The First National Bank in Cameron 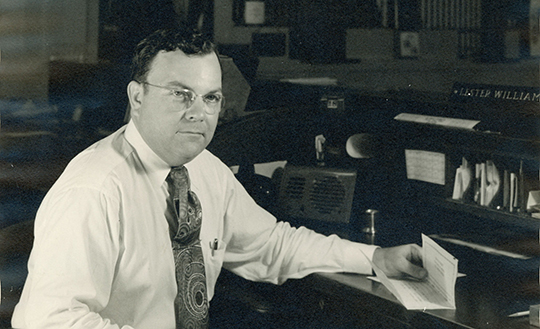 A returned WWII veteran, Mr. Williams served as President until 1975. 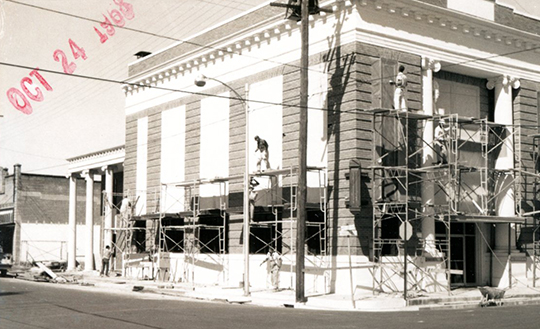 In 1955, ceilings were lowered and 1921 Bonnie and Clyde type teller cages were removed. In 1969, the outside of the two-story building was reworked closing off all second story windows. A new two story addition was completed on the west side and a two lane drive-thru bank was added. 2900 square feet of office space was added, a community conference room and the lobby were also remodeled with walnut paneling, windows and customer safe deposit booths. 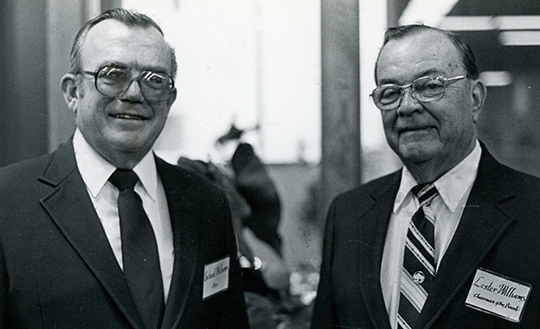 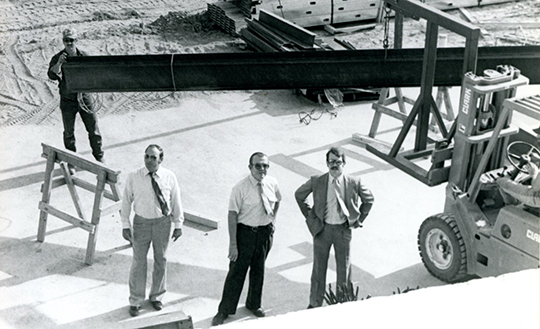 Another Bank Remodel and Addition 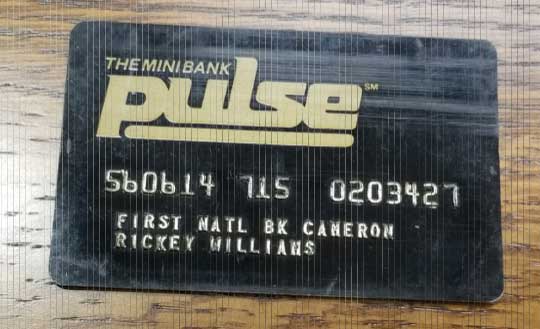 First National Bank added its first ATM machine and issued ATM cards to all of its customers. 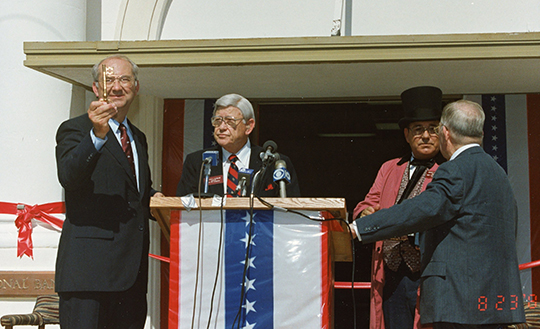 The banks 100th Anniversary was celebrated in August 1989. Pictured are honored guest Senator Phil Gramm, State Representative Milton Schiller, President Ernest Moore and Chairman of the Board Lester Williams. Gramm was presented with a key to the City of Cameron or was it a key to the vault? 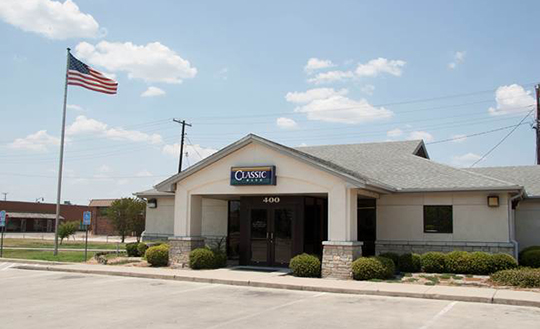 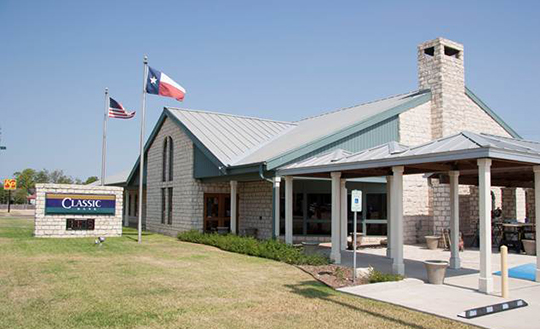 We acquired Lee County National Bank in Giddings on June 30, 1995. 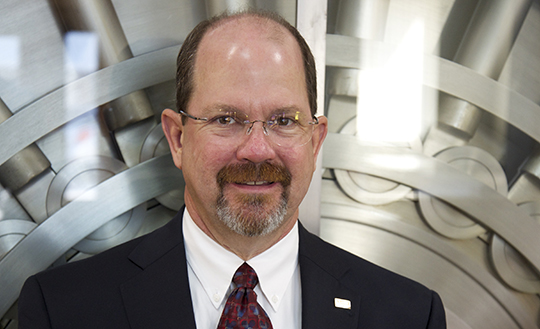 In March of 1998, Richard E. Williams, Jr. became President of First National Bank in Cameron to succeed Ernest Moore. He served as President until March 21, 2018 when John David Minor took over as President. Today Mr. Williams is Chief Executive Officer of Classic Bank. 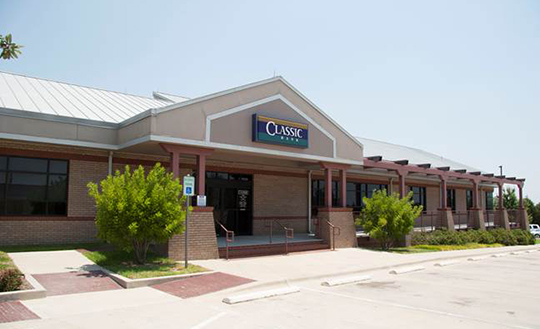 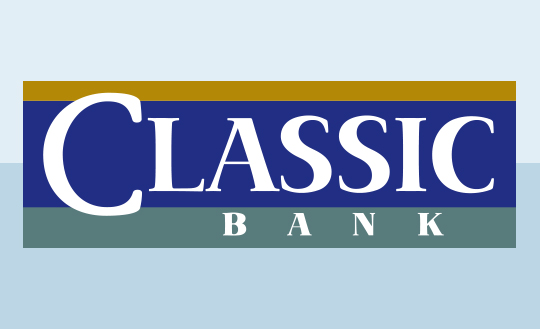 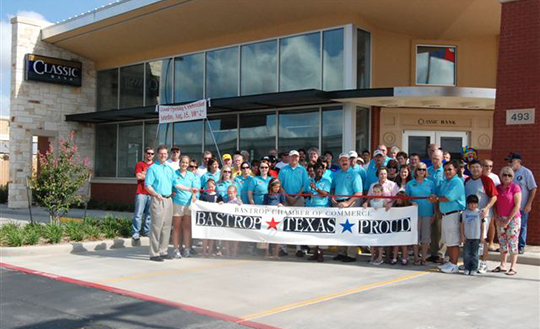 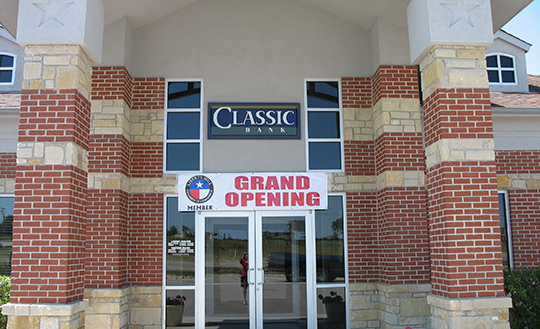 In December of 2011, Classic Bank acquired the Liberty Hill, Texas branch of Texas Savings Bank, S.S.B., Synder, Texas. Classic Bank is looking forward to and very excited about serving our many new customers in Liberty Hill and Williamson County, Texas. 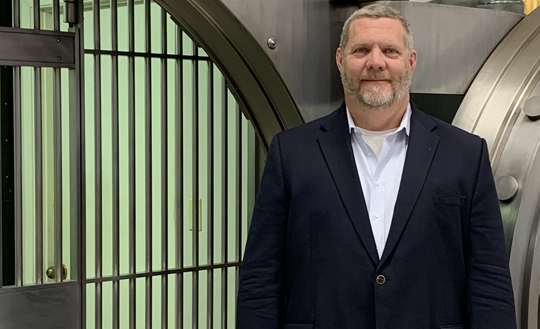